Most of my experience on this Mendel Max has been with PLA. I have calibrated things well enough that I can pretty much press print, walk away and be reasonably sure that my print will come out perfectly. For those who have the same printer that I do, my firmware might be a good place to start if you have issues. Unfortunately, the downside with PLA is that it can be prone to cracking under stress and I have some parts that I want to print which need extra durability. I purchased some Taulman 618 Nylon because I thought that this might the perfect material to print with that could take a beating.

To start, I read Richrap's article on Nylon and he states that Garolite is the material of choice for printing on. Unfortunately being in the US, it was difficult to track down. The only place I found it was McMaster Carr but I had read some bad reports about it not being flat in the Reprap forums so I decided instead to use cardboard from a cereal box. I taped it down with simple painter's tape and let it print a test cube. 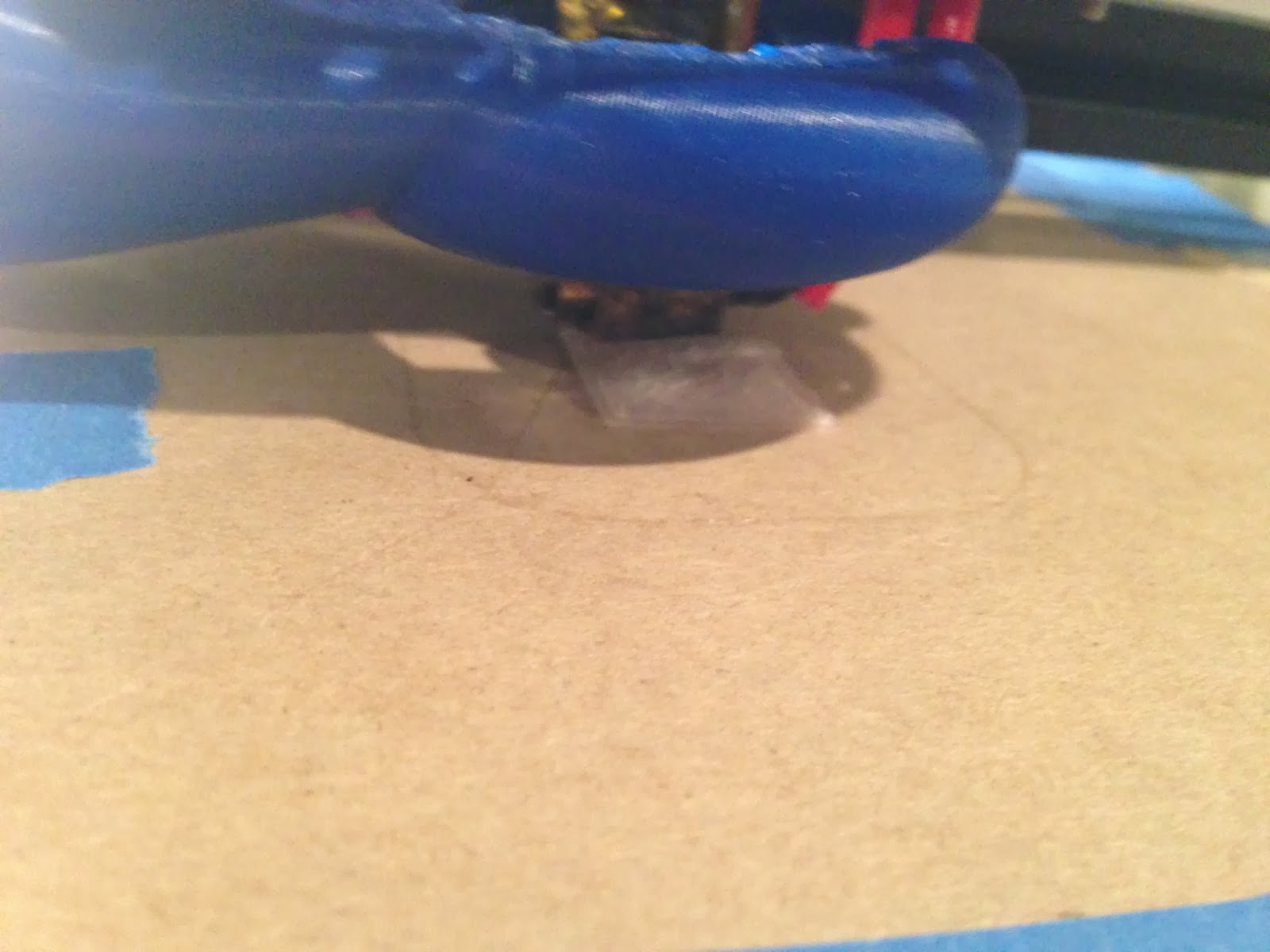 Printing a test cube with Nylon 618.

I heated the hot end to 330 °C and did not bother warming the bed. I had read that it is important to dry the Taulman 618 before use and although I did see constant steam emanating from the hot end while printing, it did not appear to affect the print much. After finishing the cube, I noticed slight curling at one of the corners of the cube but it was in the same spot that I had not taped down the cardboard well so that should be an easy fix going forward. The Nylon bound so strongly that upon pulling on the cube, it actually tore up part of the cardboard! 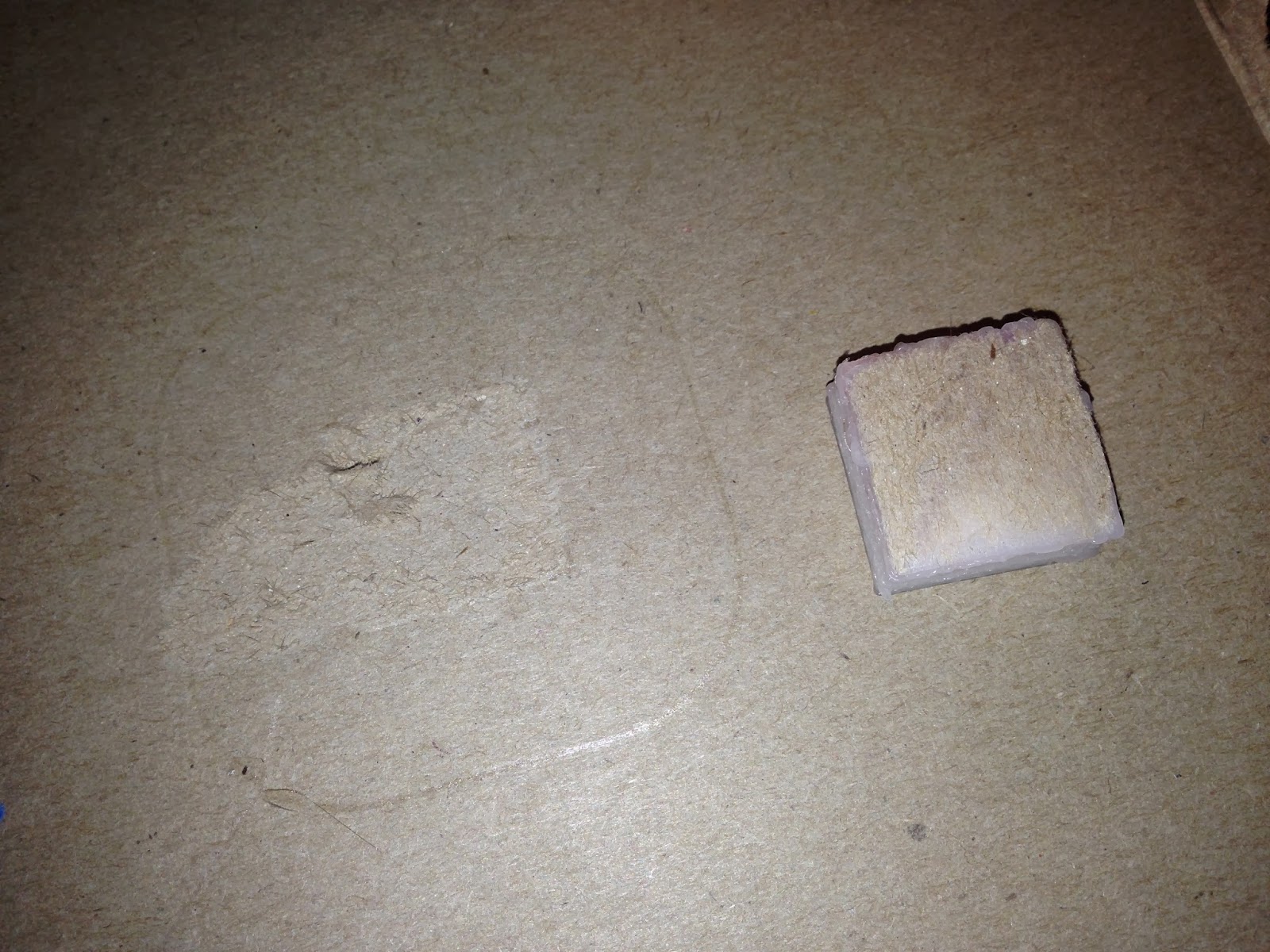 Damages from pulling up the test cube. Note the slight curling in the upper left of the cube.

Getting a reasonable print the first time using Nylon was a surprise itself, but I was even more shocked when I stress tested the block. The fill density is 0.3 so it is mostly air on the inside but even after compressing the box with a monkey wrench as hard as I could, I barely made a dent in the block. 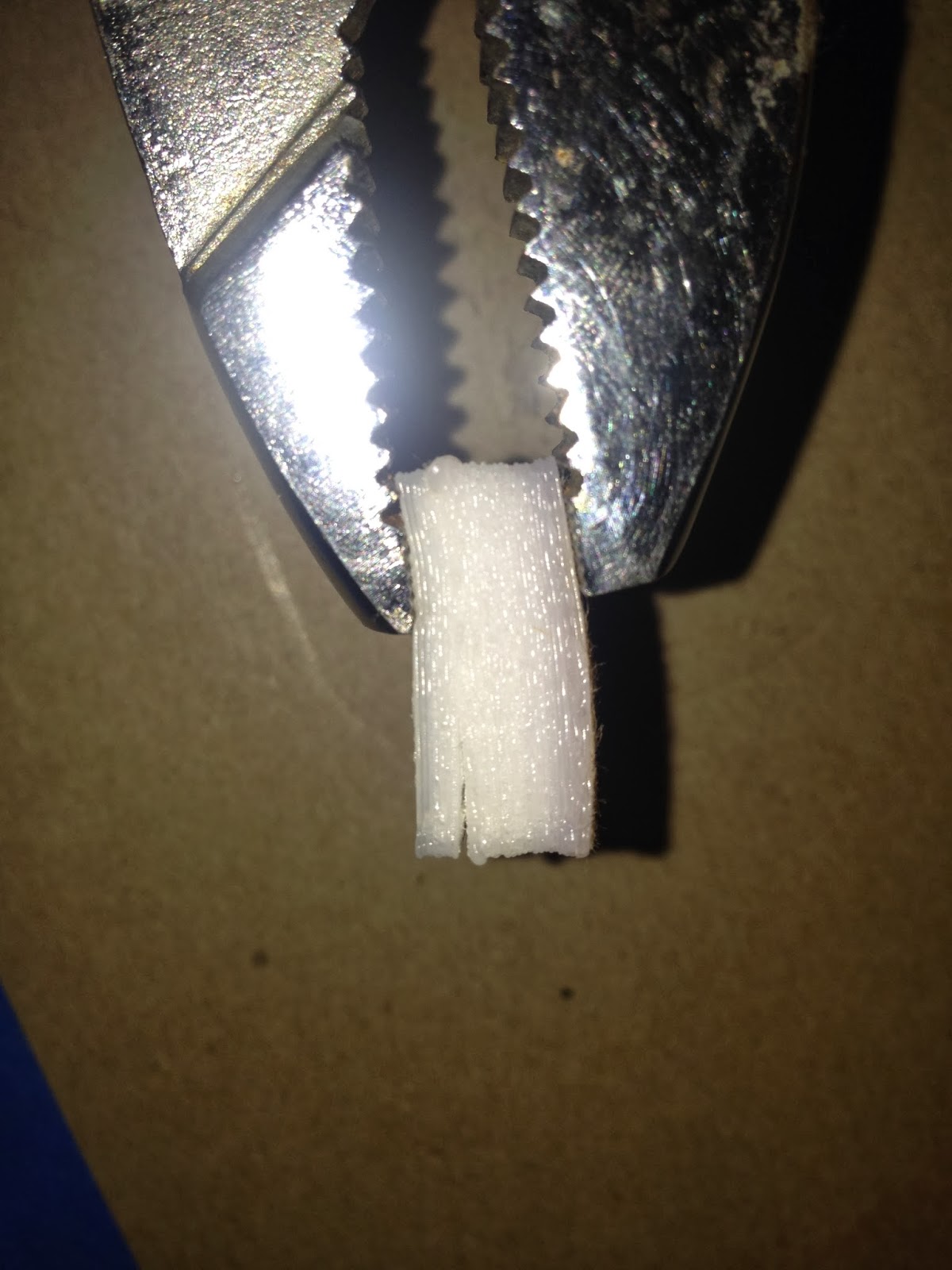 This stuff is strong!

The rigidity of the nylon also surprised me greatly. I had heard that 618 Nylon was quite flexible so it didn't surprise me that I couldn't crack the block but I found that even deforming it was a challenge. Due to this strength, I would have no hesitations in the future using this Nylon for something like an extruder gear. After considerably more work I was able to split the block in two at the small crack you see in the above image. The thin top part could be folded in half but it required a wrench. There was no cracking or irreversible damage and the bottom part shows how hollow the part actually is. 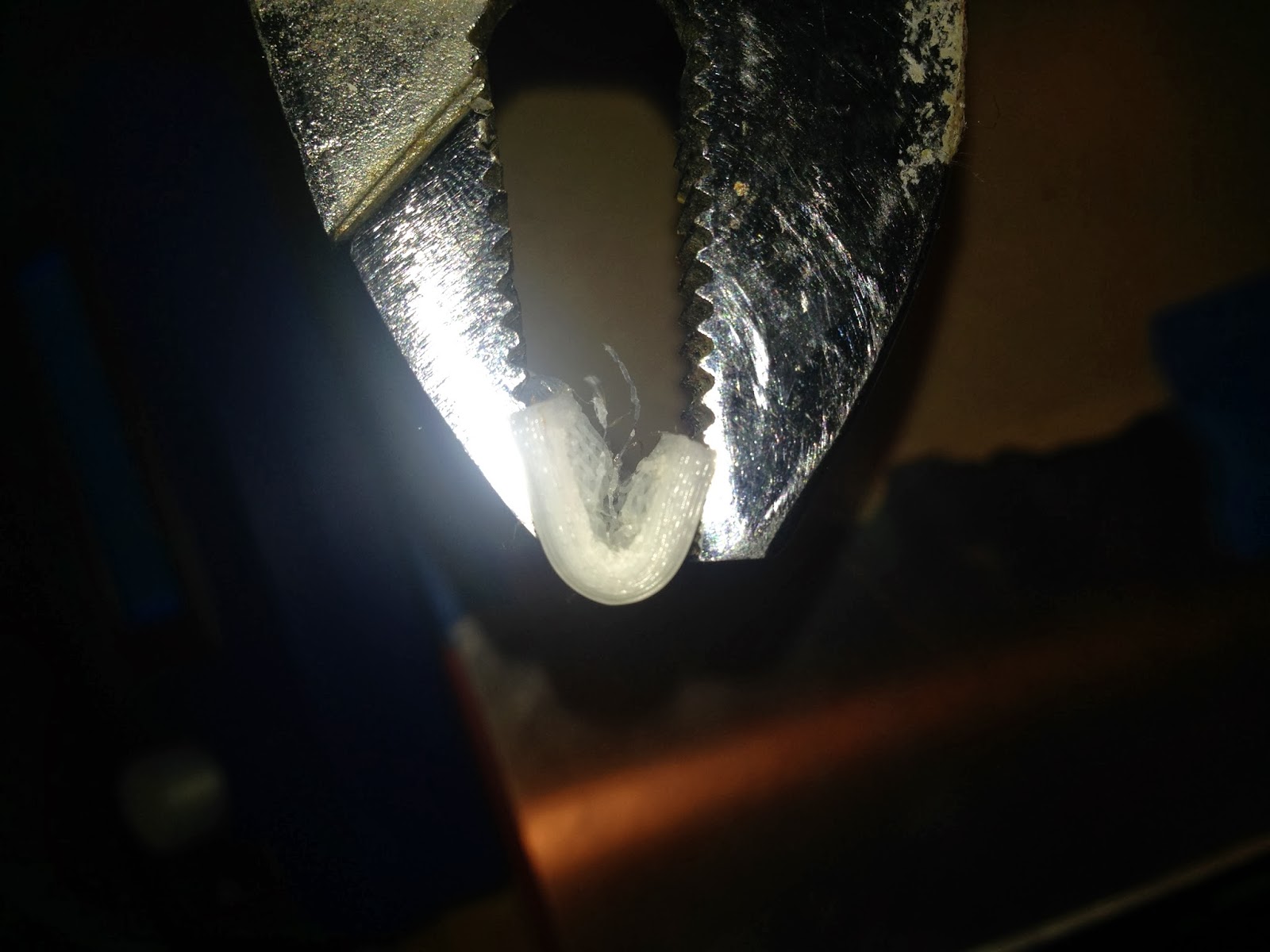 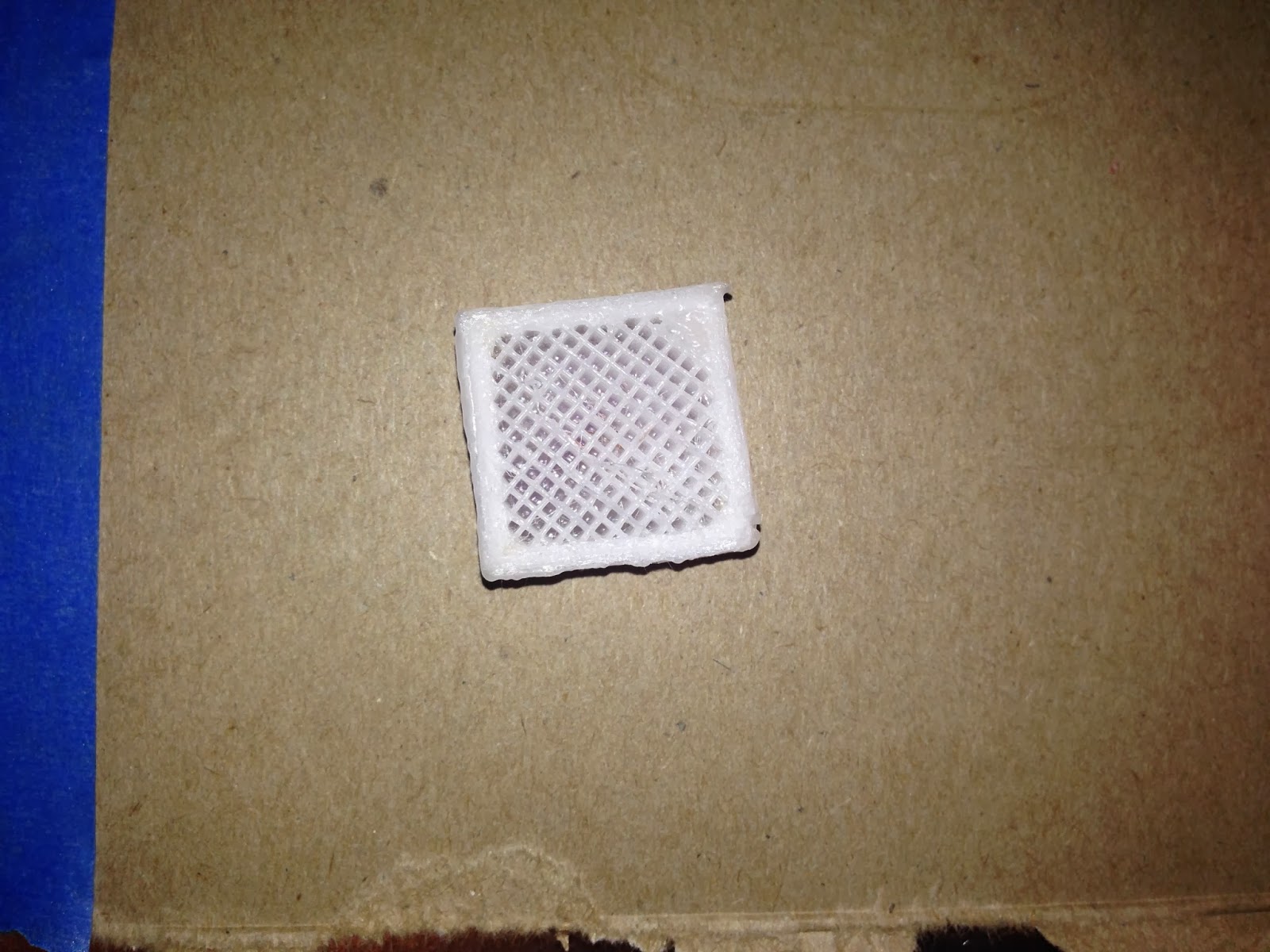 The two halves of the block after pulling it apart still show remarkable durability.

Now that I have a general idea of how to print Nylon, I am excited to see how future prints will work out. Has anyone found any really good uses for it?